Audiobook review of the awesome Moojag and the Auticode Secret

As part of #AutismAwarenessWeek 2021 I have had the privilege of giving away 2 paperback copies of ‘Moojag and the Auticode Secret’from Spondylux Press.  Written by N.E. McMorran, and described as a ‘cli-fi adventure for 10+’, it focuses on a diverse group of characters making their way in a new world set some time in the future, in the year 2054.

I have yet to read the book, having opted for the audiobook instead.  Why?  I found the concept interesting – a tale full of Neurodivergent characters read by a cast of  Neurodivergent actors.  When I say interesting, I mean it made me think… Why is this not the norm?  It seems so obvious to have a diverse cast telling this story, I wish it would happen more often.  Maybe it happens more than I realise, this is certainly something I will look out for moving forward.

I find reviews hard to write for fear of giving away too much.  And that is not just the plot I am talking about, it is the emotions and feelings that a story may give you, as I would like other people to experience those emotions (and perhaps different ones) for themselves. With this in mind I am going to tread carefully, as I would like as many people as possible to either get the audiobook or paperback and go on that journey that I went on. And….mild spoiler alert… it was an awesome journey (I use that word a lot, but sincerely mean it each time!).

A vibrant place awaits the principle trio from the ‘real world’, whom are led to it by a series of clues guided by the mysterious Moojag.  He is like them, but different.  Who is he? the answer of who he is and where he comes from unravels as the story is told, as we discover  more about him and the world around him.  What I like most about this journey is how it reflects our own, as we try and work out where we belong in this world and how to navigate through it.

The central trio of characters- Nema, Adam and Izzy- have an enduring friendship that carries through the tale as they explore the sticky sugary world they are led through.  The representation of Autism in this story is brilliantly handled, both educational and thought provoking in equal measures but never feels labored or forced.  These characters are unique and individual in their own way

The ending… Well, that would be telling.  I just hope there are more tales withing this world with these characters.  The petition for sequels (or indeed prequels, as it would be interesting to know how this world got to this point) starts here!

I feel audio books such as this one require a cast that have the ability to embody the characters they play in a more exaggerated way than other media forms that we can see, as we the audience need to work a bit harder to visualise  what is happening.  At the same time, ‘over the top’ performances can detract from the story.  In this case, the whole cast rises to the challenge getting the tone and performance level just right. From the principle characters to the smaller roles, each one is played to perfection. Autistic, Dyslexic, ADHD, Downsyndrome and LGBTQ actors bring this vibrant tale to life with performances that grip from start to finish.

Special mention to the production of the audiobook too, with subtle background sounds complementing the performances.  Spot on.

If I could sum that all up in one word, it would be ‘Awesome’.  Yes, that word again! I hope the cast continue to tell stories such as this one, and I would like to thank them for bringing ‘Moojag and the Auticode Secret’ to life.

Get the audiobook from here – 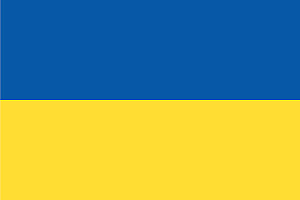 Hidden price of Ukrainian resistance By Viktoriia O. Ukraine is one of the largest countries in Europe. Just imagine: a night train from east to

Borderline Personality Disorder – in your words

Borderline Personality Disorder – commonly known as BPD – means different things to the people who have it. I did a survey on Twitter, asking

I was fortunate to come across Pic-A-Talk recently and was blown away by the concept.  They have agreed to do this post to share what